Although we know and understand the pure, holy, perfectness of Jesus Christ, we must also understand that He was once a man facing the same struggles as we do today.

Jesus was not just a man sent from God, He was God. His claim to be God and our subsequent belief in this claim is the most important thing we can read in the New Testament. As Christians, this is the foundation of our belief system.

As God, He rules the earth from above in a mighty and all powerful way, but as a man, He faced the same struggles as we do. In our Men’s study this week we talked about how Jesus was both tempted by Satan in the wilderness and tested by God to be ready to do the Father’s bidding.

Only by showing himself perfect was he able to overcome the desires of this world, and be a model for us to live by. As a man, he faced the same temptations we do as men today, but in His perfectness was he able to resist the temptations so we could have the gift of eternal life.
Hebrews 4:15 says that because of His suffering, Jesus can empathize with us in our trials and Hebrews 7:25 goes on to reassure us that because he was able to resist the same temptations that we face as men today, he is able to intercede on our behalf when we fail.

As we go throughout our daily walk, let us always remember that Jesus was both God and 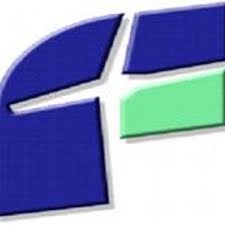 Man. As perfect God, He humbled himself and became our substitute on the cross and paid the price we owed for our sins. But, let us also remember that as a human He once walked in our shoes and was victorious over the sinful desires of humanity making our victory possible.